The Disgrace That Is Representative Joe Walsh 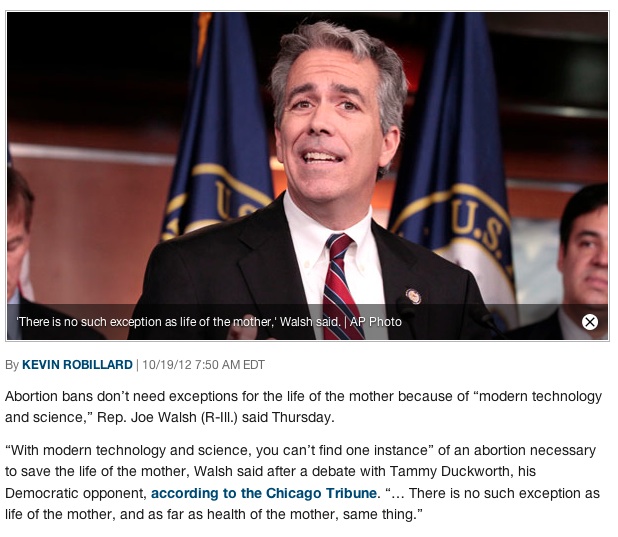 As if the Republican Party needed one more outrageous nitwit to speak up about abortion, women's health, and women's issues, here we have Representative Joe Walsh of soon-to-be nowheresville running his mouth in public.

Never mind that he is flat-out wrong and never mind that he is blinded by ideology, treading water in what should be a fairly safe district, and about to be thrown out of office (hopefully). What's disgraceful about this man is that he made his remarks while trying to hold on to power at all costs. He's appealing to a narrow slice of the electorate that is fundamentally wrong about this issue.

This has long been a canard of advocates against abortion. Walsh is simply regurgitating their rhetoric without bothering to consider that medical science is fairly clear on this issue--yes, you can save a mother's life by performing certain kinds of abortions at different stages of a pregnancy.
on October 19, 2012