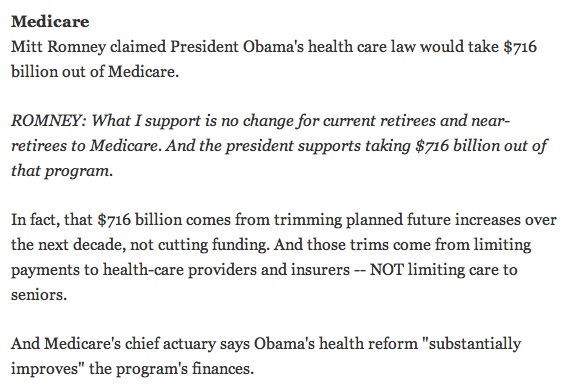 This is one of those cases where Mitt Romney is going to lie, and then not get away with it, and his handlers and supporters are going to have an aneurysm when they realize that they simply cannot make stuff up and get away with it.

I really, really hope that Romney's lies from the first debate are called out for what they are--distortions of reality that bear no resemblance to actually governing this country. NBC news has that piece, cited on top, on their front page and I hope it gets more coverage.

"Obamacare" actually helped Medicare, and the more people who know that, the better.
on October 04, 2012