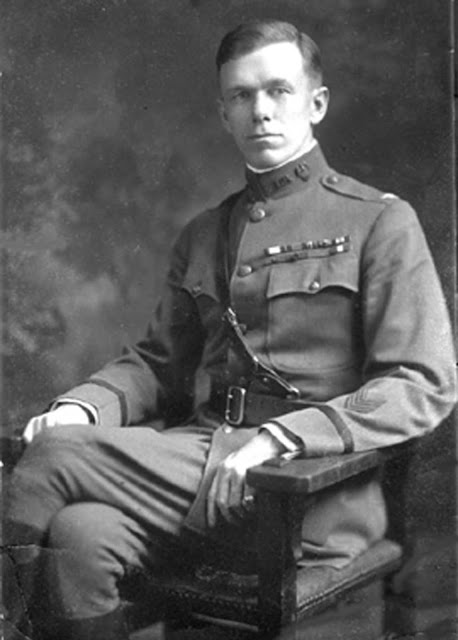 At some point, when I was not really interested in blogging this week, this came up on a few other blogs:

One of the hardy staples of neoconservative rhetoric is to invoke a golden age of foreign policy. This was an era, so we are told, when Democratic presidents were respected by Republicans for pursuing a tough foreign policy that vanished after the Vietnam War transformed them into a bunch of cowering wussbags. Exhibit A is Harry Truman, the Democratic president who first waged the Cold War and oversaw the creation of NATO.

So Mitt Romney was right on script during his Oct. 8 speech at the Virginia Military Institute (VMI) when he extolled Truman's secretary of state, George Marshall, himself a VMI graduate. Romney drew a direct parallel between the upheaval in the Middle East and the early days of the Cold War. According to the Republican presidential nominee, "We have seen this struggle before. It would be familiar to George Marshall. In his time, in the ashes of world war, another critical part of the world was torn between democracy and despotism. Fortunately, we had leaders of courage and vision, both Republicans and Democrats, who knew that America had to support friends who shared our values and prevent today's crises from becoming tomorrow's conflicts."

I figured that I would be long dead before a Republican was caught in public praising George C. Marshall, who was all but tarred and feathered as a Commie by the spiritual forbears of Mr. Romney. You can read more about that here.
Romney has run an extreme and desperate campaign, and now that this strategy has failed, he's trying to moderate himself to the point where no one should be able to distinguish himself from that other Republican who rewrote history whenever it suited him, Ronald Reagan.
Reagan was fond of railing against things like Medicare in the 1960s, but when he was trying to get himself elected President on the tail-end of Nixon's Southern Strategy, a lot of that went in the trash can. And now, with Romney praising the man who suffered mightily at the hands of the Republican Party establishment in the 1950s, you have everything coming full circle.
Mitt Romney is a Republican because of a choice made to appeal to that segment of the electorate. I believe that his father was a real Republican, but I don't view him as anything other than a man who is so desperate to get elected, he'll praise someone like Marshall in order to trick people into thinking he's reasonable.
He is not reasonable. Not by a long shot.
on October 10, 2012