Excuse Me, But Why Aren't You Playing Hockey? 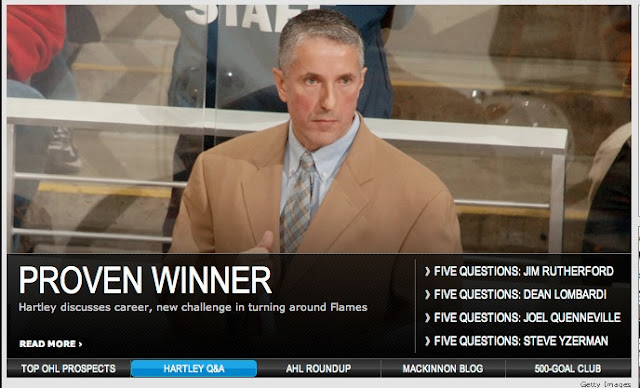 You know, it sure would be nice to watch some hockey.

It would be a wonderful way to celebrate the onset of fall and the coming of winter. It would be a great way to say goodbye to October to be watching some hockey right now. The National Hockey League season is now, officially, cancelled through the first of November. They're going about things as if there's no lockout on their website. Players are signing deals to play overseas. We're talking about the AHL? We're talking about prospects? We ought to be seeing games. But we're not. And that's fine. Nobody is going to lose their mud over a few hundred missed games.

Come the end of November, well. People are going to start wondering what's what. People--fans--are already kind of wondering what's going on. How smart is it to start the season with people perplexed as to why the deals offered by the players aren't even being entertained right now?

This time around, it probably isn't going to work. It's going to further alienate the fan base of hockey and drive people from the sport. How smart is that?

You know, Gary Bettman thinks he's a smart man. I'm sure he is a smart and powerful man. But I think he overestimates the shelf life that professional hockey has right now. There are people who are never going to leave it. And then there are people who are just annoyed with the drama. How smart is it to test these waters and take people to their breaking point?