Chevy Chase Was Actually Making a Point This Time 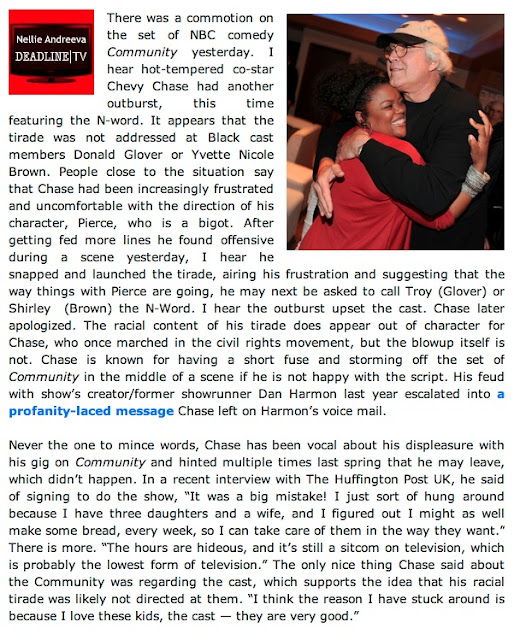 I wouldn't call this a racially-tinged outburst because the context of Chevy Chase's remarks clearly indicate that he was making the point that his character will be saying the "n-word" before too long and that he does not want that to happen. The subtext here is that he seems to be expressing the position that he doesn't like where his character is headed. In a creative venue, this happens with actors and actresses who refuse to mouth words without thinking about what they mean. So, instead of bashing Chase, I'll give him credit for speaking up; what he should have done was he should have aired his grievances without using the language he chose to use.

Having said that, is there anyone who thinks Community is going to survive? Never has a show seemed more finished. How sad.