Better Off Than Some 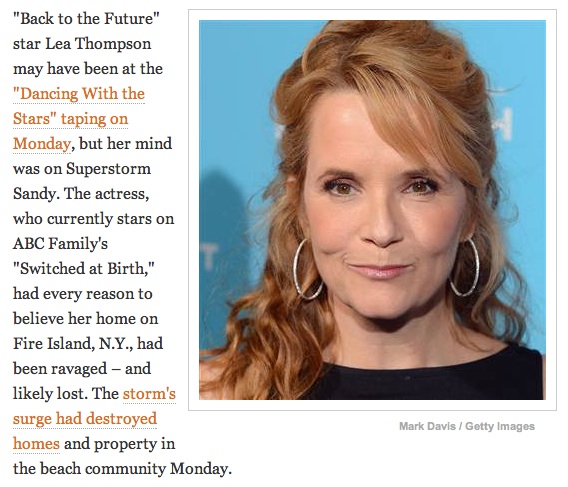 Actress Lea Thompson made a few headlines today by letting people know that a home that she shares with her husband may have suffered at the hands of Hurricane Sandy.

In and of itself, the story isn't much, but it seems to have been written in order to make her appear to be a bit insensitive. I wonder if the structure and order of the items wasn't jumbled in some way as to make her seem like she was emphasizing the "you really don't get that much" aspect and not so much the "I hope everyone is safe" part. Her sentiments were probably more for the victims, and for the people who lost everything, and not so much with the idea that her flood insurance wasn't going to come through for her family.
on October 31, 2012