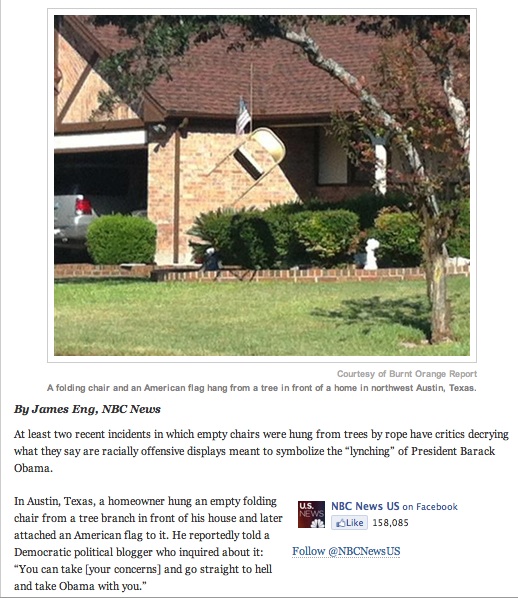 The modern sentiments of your Republican Party involve paying tribute to the lynchings of the 20th Century for a damned good reason--that's what these people want to return to. A time when blacks were kept in their place through terror.

America has a number of problems, but chief among them is the idea that this is not "racist" and that it is just a matter of politics. Our politics are broken, our country is crumbling, and the hateful rhetoric of the right continues unabated. When President Obama wins in November, get ready for four more years of this kind of thing.