Look What Reuters is Trying to Pull 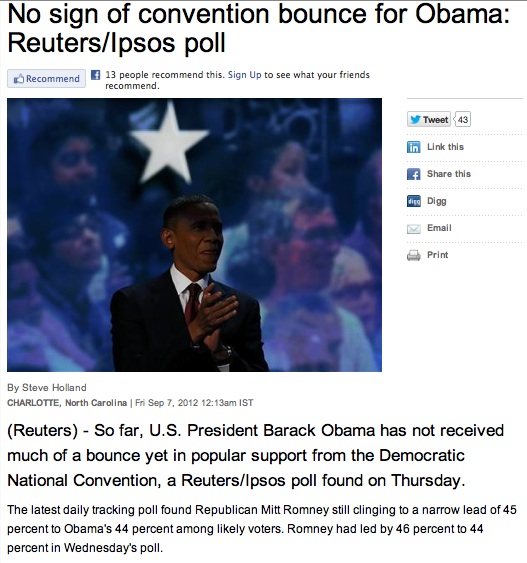 Steve Holland appears to be carrying water for the Romney campaign. What an incompetent jackass.

With the applause still dying down, of course there is no "bounce" from the Democratic National Convention--it's midnight on the East Coast. Duh.

So, let's look at this piece of hackery.

President Obama is shown in the most unflattering way possible--darkened and shaded and almost impossible to identify. Reuters is, in the most racist terms possible, showing the President in the most despicable terms it thinks it can get away with. There is no way--no way--that this photo was included with this article by accident. If this is the best picture Reuters could get, Reuters should fire their photographers.

As for this notion that Romney was "clinging" to a lead, well, who are you going to believe? The racist, incompetent hacks at Reuters or Nate Silver? 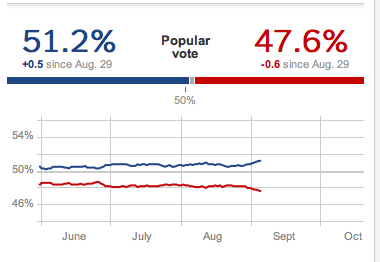 Steve Holland should get a dozen pants-on-fires for this one, but he won't. What absolute hackery.