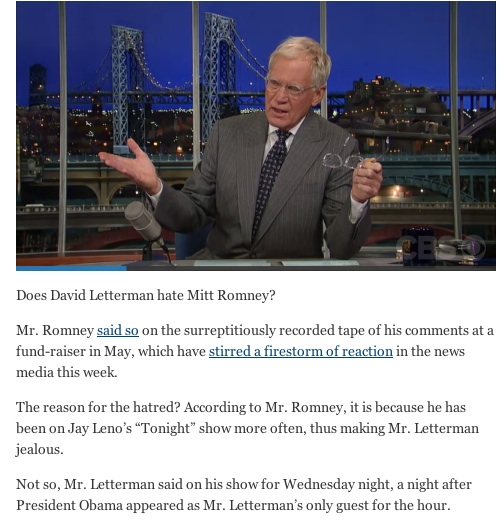 This is one of those moments when David Letterman's crankiness pays off.

Mitt Romney will go down as a failed candidate for the presidency, and he will do so largely because he could not convince a large swath of the American people that he is, in fact, actually an American.

There has never been a candidate more un-American than Romney. And for all of those fools who said President Obama wasn't an American, please. How much contempt does Romney show, every moment of every day, for the basic American values of fairness, honesty, and being grateful for the opportunities created by living in this country?

Mitt Romney is the personification of contempt for American values.
on September 19, 2012