Conservatives Are Desperate and Craven 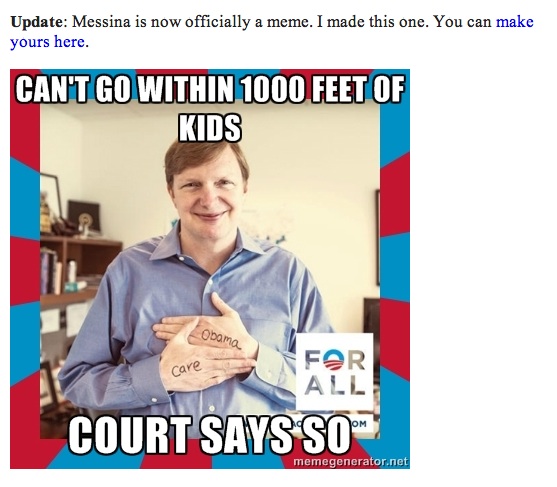 Wingnuts have taken a photo tweeted by Jim Messina and are going exactly junior high on it. This is the kind of thing you would get if you were reading Tumblr after following exactly the wrong Tumblr users. What a disgrace.

If you're losing, if you're craven, if you're desperate, and if you have nothing--nothing--to support, nothing to believe in, and a juvenile mind, what you're left with is using a photo of someone so that you can ridicule someone--anyone--and assuage the pain. This is hillbilly heroin for losers--a derp-fest at the expense of others. What is this obsession with child molesting? Oh, that's right. It's really the only thing they can laugh at.

So, you have to ask the question. Who hates best? Conservatives hate best. They hate with the intensity of a thousand suns right now. They'll go with the child molester material as if it didn't matter because, well, that's how they've been rolling this year. Straight down the hill and into the gutter. Their candidate sucks, their argument is lost, the country they want to have--complete with everyone of color living exactly the way they are told to live--is a fading dream and there's nothing left to do but go for the lulz.