COIN is Dead and Should Not Be Mourned 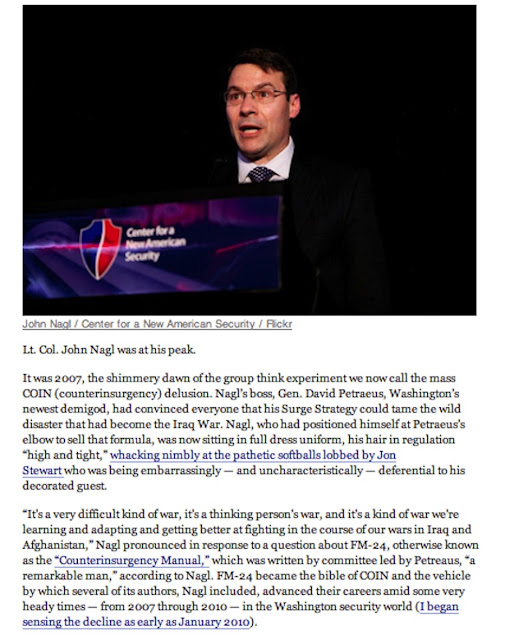 The demise of John Nagl means that COIN, as a strategy and a fundamental principle of how the United States will fight future wars, is dead. We should celebrate this fact by watching a village somewhere in the dusty part of the world burn to the ground slowly, surrounded by confused soldiers.

In years past, I watched these fights and watched these fools screech about how COIN was the future, how COIN would turn things around in our endless war on the tactic known as terror, and how these "people" would rise to great positions of power. They were left behind and now the last of them has rolled under the tires, forgotten and powerless, discredited and useless. Oh, and those who thought using cultural anthropologists to help should be gone as well.

Does Tom Ricks still have a job? He should be shit-canned with the rest of them. He was the cheerleader for these charlatans, and they should shack up on his couch and wait to be evicted with anyone else who thinks that COIN should be elevated and celebrated.