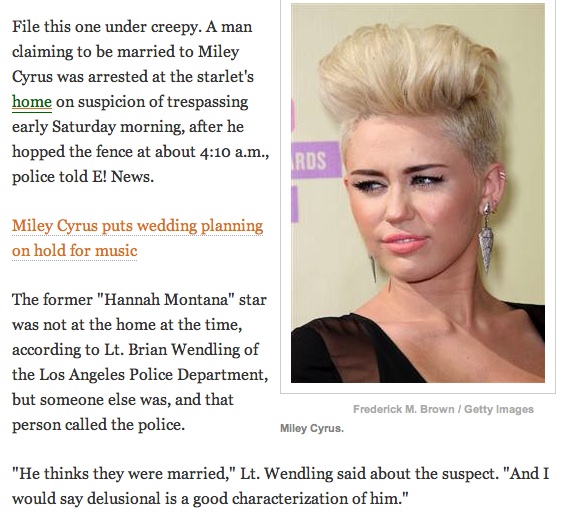 It's fair to say that celebrity stalkers are an almost permanent, regular occurrence in society right now, and this story is going to fade with a lot of the other ones that have been cropping up. This man was armed with scissors; what happens when one of these people ends up with an arsenal of weapons and a serious grudge?

I have never thought that the anti-stalking laws go far enough; it's fair to say that the laws that are on the books do skew towards being slightly unconstitutional, but still. Where's the happy balance between protecting celebrities and allowing people to maintain their rights? We have not found it as of yet.
on September 09, 2012