Why This Obsession With Chemical Weapons? 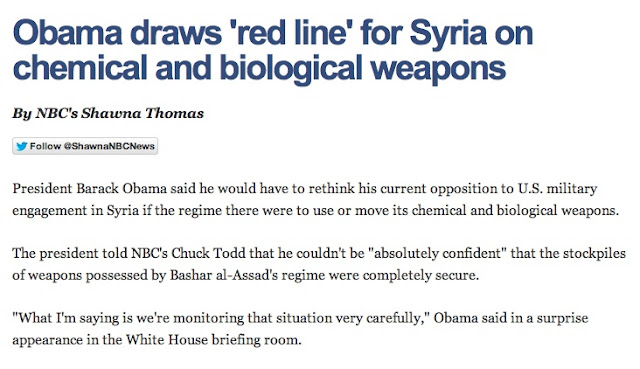 One of the most overstated and ridiculous fears perpetrated by the "foreign policy" establishment is the effectiveness of a chemical or biological weapons attack. If the Syrian regime decides to use these weapons, the reaction should be "so what" and definitely not involve the deployment or use of U.S. troops.

These weapons rarely work as effectively as advertised, but they can do some damage. The damage done would inflict serious casualties on both sides under perfect conditions; good luck finding a time and place where everything would work as advertised. Chemical weapons degrade over time; how fresh are these stocks?

Chemical weapons are, by their nature, the last resort of a retreating army or the first strike of a desperate regime. They are so dangerous that handling them makes cowards out of even the sturdiest die-hard regime supporters. Depending on how they are deployed (my bet would be on shells fired by some very nervous artillerymen), they will be limited by how close to the target they hit and things like the environment, along with prevailing winds, if any. They will kill people, make no mistake about that, but will they matter in terms of preserving the regime? Probably not.

This would limit the options by the Assads as far as seeking refuge in a friendly country, something which looms larger with each passing day. Would you order the use of such weapons if it meant that you and your pretty wife couldn't visit Europe or live somewhere decent for the rest of your days? Probably not.

There is an end game in play, and the use of chemical weapons are probably not a huge part of it; some faction within the Syrian Army could use them to involve another foreign power or to escalate the international interest in the conflict. They would not deliver any kind of "knock out" blow to the rebels nor would they create a game-changing event that would sway international opinion.

The American government needs to keep itself out of this conflict; what will result from the survival of the Assad regime is bad enough. If it falls, the radical elements that are in the pay of their Saudi handlers will bring fundamentalism and all that entails to Syria and it will probably be worse than what we have there right now.

Only a fool would get involved in a civil war where one side is awful and the other is atrocious.