This is Not Going to End Well 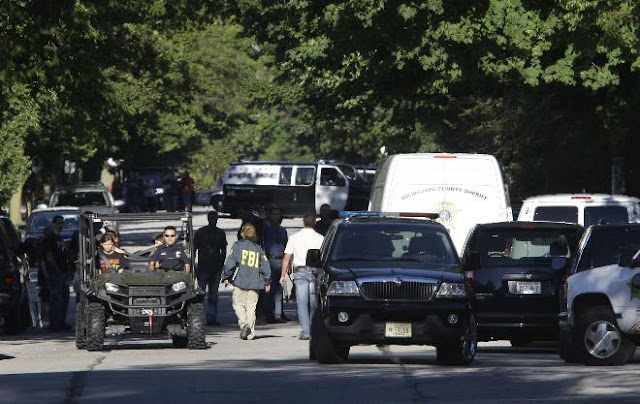 Just reading this ought to send shivers through a person:

A few details did emerge about the man whose Cudahy duplex apartment was searched by police hours after the shooting. He was described as white, single, in his 40s and an Army veteran.

That description came in part from Kurt Weins, who lives in the 3700 block of E. Holmes Ave. in Cudahy. He said he rented the property to a man he believed to be from Chicago with no record of violence in Wisconsin.

Authorities did not tell Weins whether his tenant was the shooting suspect, but the description matches that of the man that sources said was the shooter.
ABC News, citing anonymous sources, said it was told the shootings were the work of a "white supremacist" or "skinhead."

Weins said he ran a thorough check on the man, whom he would not name because police told him not to disclose the name.

Given the fact that Sikhs have been targeted by ignorant hate groups since 9/11, largely due to the fact that they seem to look Muslim to people who don't have a clue as to what the world is about, you have to start asking a lot more questions. The public definitely needs to know more about this man and what he was really affiliated with. Why they're not coming out with more information indicates to me that they could be looking into his associates and his past and that they are moving quickly to ascertain whether any more attacks like this might be forthcoming.

The suspect also has ties to the military, which is where numerous white supremacist organizations are putting their members. Is big Army doing enough to week them out? Not very likely, although, with the drawdown and with the way they are weeding out anyone who is not perfect, I would hope that they are kicking these people out first. The United States military is going to go back to a "zero defect" policy, and a lot of people are going to be thrown out for things far more minor than being a white supremacist.

One this is clear, however. We will still not be talking about sensible gun ownership after this incident. Not now, not ever.
on August 06, 2012