The End of Fareed Zakaria's Career is At Hand 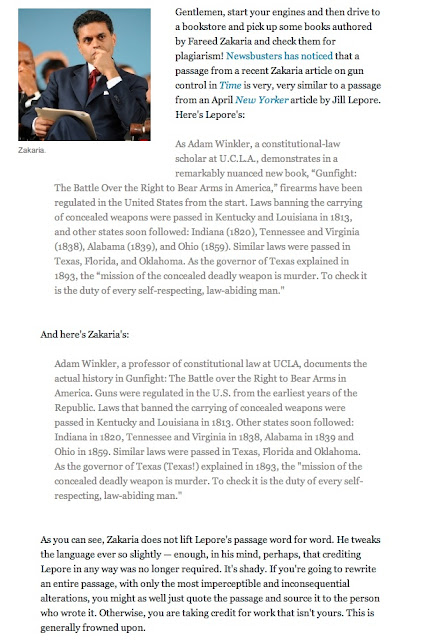 I suppose that some people would have you believe that Fareed Zakaria is guilty of high treason or some form of violating a most sacred taboo; in my mind he's guilty of what Doris Kearns Goodwin and Stephen Ambrose did with great effect: forget to credit the people who originally wrote what they appeared to have written for a much larger audience. This is called improper attribution, and that's what Zakaria is guilty of.

This kind of fraud is pervasive. Zakaria is merely a successful, busy writer who let this one get away from him. However, this smells like an opportunity to dump him as a commentator and pundit and that is probably what Time will do; I would imagine that everyone else who uses him or employs him will do the same.

They're making a movie of Goodwin's awful book Team of Rivals; perhaps Zakaria will just get to ride a different gravy train from now on.
on August 10, 2012