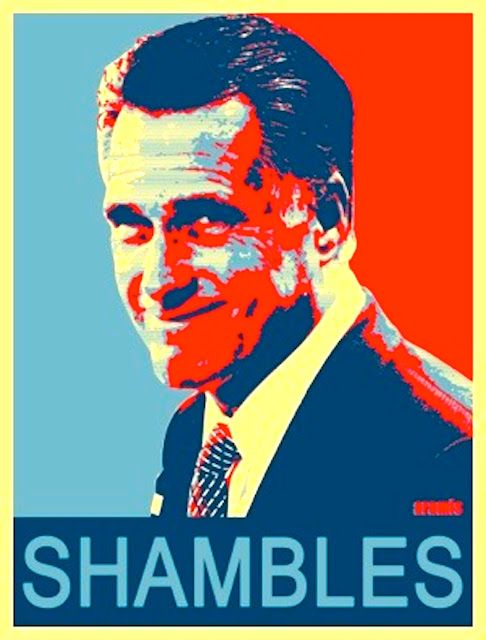 Romneyshambles is my new favorite word. It had to have been coined in Britain; they know how to look at politics there. If not, good on ya, mate. Good on ya.

The origin of the term suggested the band "Babyshambles," which was a disaster and couldn't get it together. I guess I got that wrong.

The Mitt Romney campaign is one of the worst I have ever seen; so far, it is worse than the campaigns run by John Kerry and John McCain. It has coined a special word in our language and it will, I believe fulfill the intentions of a select group of elite Republican strategists, which is to keep Barack Obama in power and eliminate Romney from the ranks of contention for the real race that they care about, which is 2016.

Real Republicans care about one thing: the Paul Ryan agenda.
on August 09, 2012