Comcast Slashes the Budget, Staff of the Tonight Show 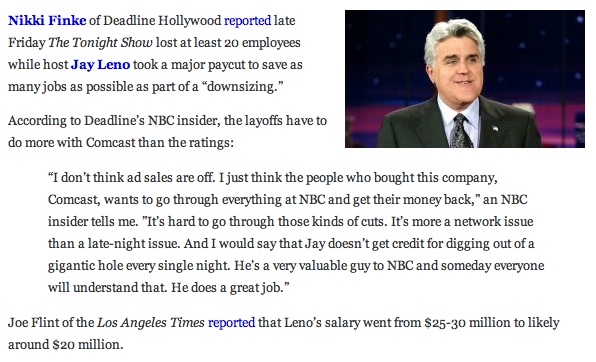 The paragraph cited above, which trades on this ridiculous idea of Jay Leno as anything other than the hapless captain of a sinking franchise, is self-serving and should be mocked as such.

Oh, and if this had been done when Johnny Carson was running things, there wouldn't be a Tonight Show anymore. Carson would have walked out. Leno doesn't have the spine, the courage, or the ethics to know that it is long past the time for him to move on. He will hang on to the bitter end.
on August 18, 2012