The Greatest Fail Ever 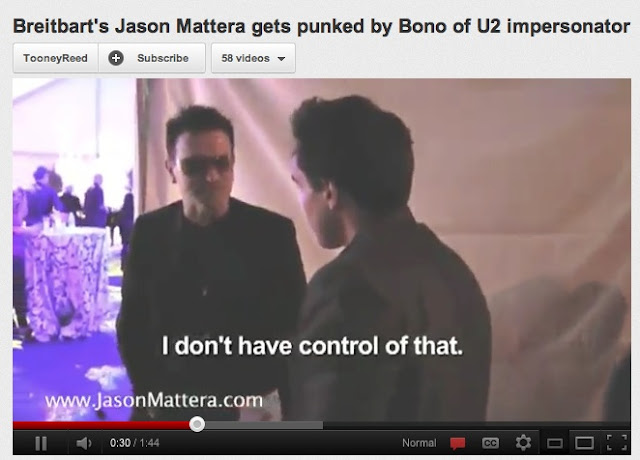 Via Balloon Juice, we have the reason why Jason Mattera is one of the greatest failures of our era, possibly ever. He's no journalist and he's no ethical citizen.

In this video, he trots out his old schtick again--misrepresenting himself as a fan so he can ambush a celebrity and catch their response on camera so that he can pass himself off as a champion of the truth.

But, there's something about this attempt that doesn't quite come off as being the ambush that he set out to obtain. In fact, it ends up becoming one of the greatest fails ever.

Mattera, you see, ends up ambushing a Bono impersonator.