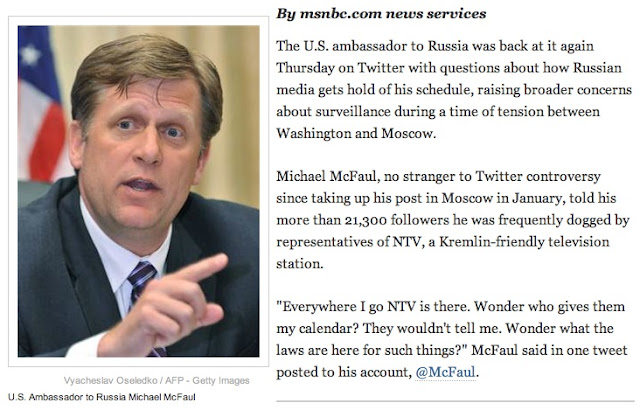 Using Twitter to lodge complaints about the host nation is not a good sign of diplomatic judgment. This leads me to believe that McFaul (who will be renamed McFail before too long) will end up either deleting his Twitter account or back in the United States, fresh out of a job and wondering why he donated all of that money to the Democratic Party in the first place.

The State Department employee in charge over in Moscow should either get control of Ambassador McFaul or have someone from State straighten him out. The Russians can do whatever they want in their own country. If their are leaks in the embassy, plugging them will certainly be a step in the right direction. But, someone who uses social media to blast the host nation isn't exactly what we need right now.
on March 30, 2012