It's an Astronomical Marker 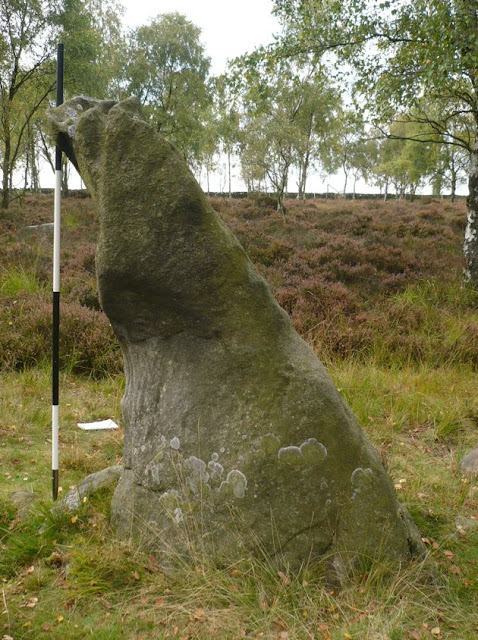 While there's quite a bit of hemming and hawing here, I think that the devotion to academic and scientific caution is admirable:

The monolith is located at a ridge called Gardom's Edge in the Peak District National Park near Manchester, an area that shows evidence of human occupation extending far back though its history. Other ancient monuments such as Bronze Age roundhouses and a late Neolithic enclosure have been found nearby.

The seemingly astronomical monolith is thought to have been erected by Neolithic people around 2000 B.C.

"The stone would have been an ideal marker for a social arena for seasonal gatherings," Brown said. "It's not a sundial in the sense that people would have used it to determine an exact time. We think that it was set in position to give a symbolic meaning to its location, a bit like the way that some religious buildings are aligned in a specific direction for symbolic reasons."

The researchers used a 3D computer model to analyze how the stone would have been illuminated throughout the different seasons four millennia ago, given that the tilt of Earth's axis has changed over time.

Their model showed that the slanted side of the stone would remain in permanent shadow during the winter, while it would have been illuminated only in the morning and afternoon during most of the summer. At midsummer, the sun would have lit the stone brightly all day.

But, please. It is obviously a totally cool astronomical marker. The position of the sun during the seasons of the year was of critical importance to neolithic people. How is this even debated anymore?