Cologne Cathedral is Falling Down 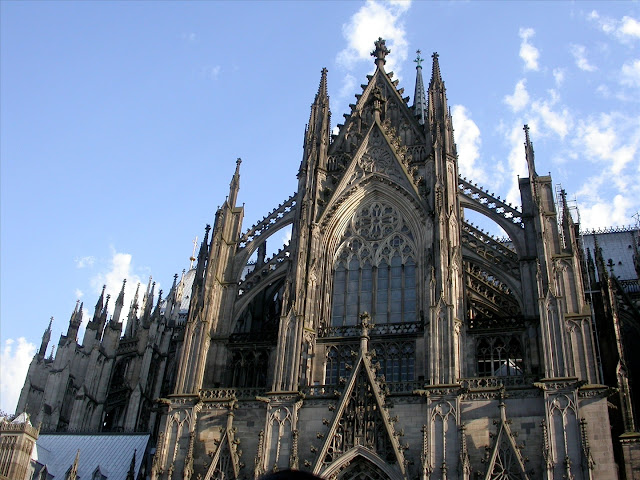 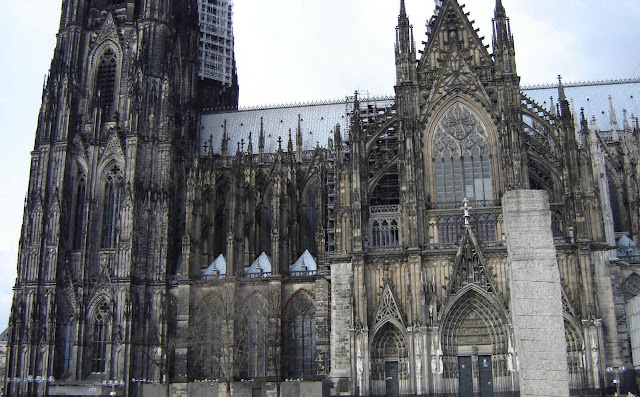 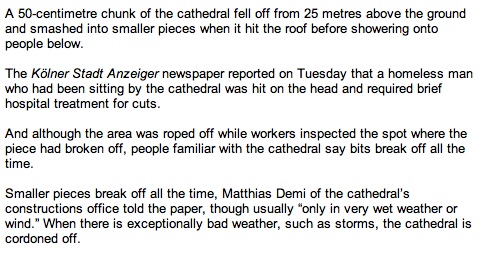 The famous cathedral in Cologne, Germany is falling apart. Well, perhaps not falling apart, but, when the wind is right, there is a good chance that a small piece of it might break off and fall to the ground. Given the extensive detail of the facade, that's understandable.

I don't know if it can be said that pieces are breaking off at an alarming rate but, recently, a man was injured when one of the larger pieces smashed against the roof and showered people below with smaller pieces.

Normally, you would hear about preservation efforts and things of that nature. And those are ongoing, of course. But the piece that broke off was from a part of the cathedral built in the 14th Century.

How is anyone supposed to keep a building that old from falling apart? And, yes--it did survive the war: 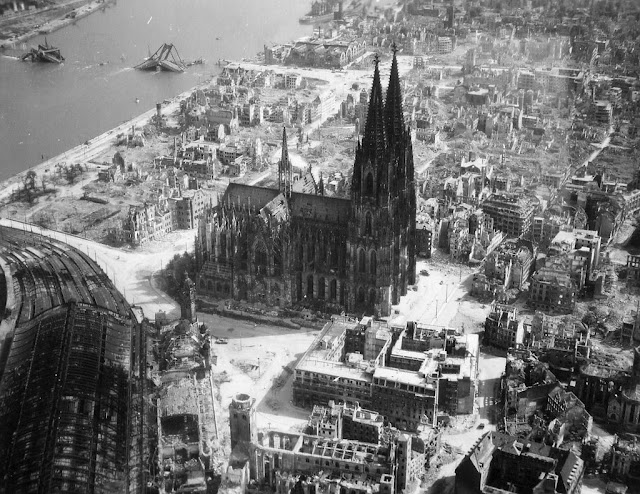 I'm sure that it will survive for many more centuries. But, clearly, someone has to do something more than just rope off the exterior of the cathedral when it rains.