This Helps Me Uncircle You On Google+ 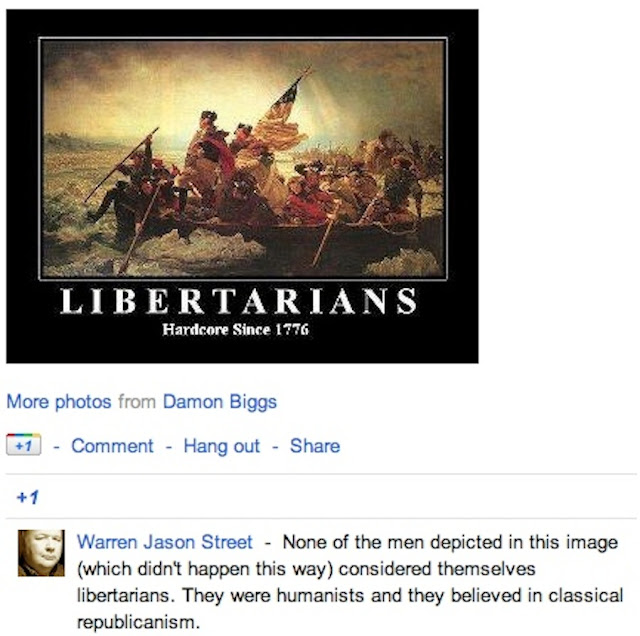 I really, really don't care for phony history. I'm sure that there are many who would argue with my decision to identify the founders and/or the Continental Army veterans as humanists and classical republicans, but there it is. They weren't "libertarians" because they weren't fighting for anarchy; they were fighting to have some sort of representation to go with their taxation. Having someone represent you in an elected body that decides where taxes are spent is hardly a libertarian concept; living in a shack in the woods fits that mold a little better. Our founders weren't interested in just living in the shack. They wanted roads, bridges, towns, and places to live.
on February 02, 2012