The Independent Republic of Wyoming 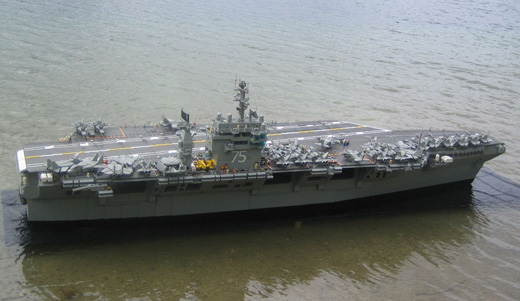 The great state of Wyoming has been in the funny papers recently.

At some point, the people of Wyoming will stop laughing at their own elected representatives long enough to come to an informed decision. A reordering of their legislature is probably coming, and soon. If you follow the link and read the comments, there is one fellow calling himself "gladiator" and using the image of Gerard Butler from 300 as his avatar--he's pretty much the sole supporter of the idea of the bill that was just defeated and I would imagine that not everyone lurking over there thinks he's nuts.

There are many distressed gentlefolk in Wyoming; people who are dealing with agricultural issues and with rural flight. I would think that a responsible legislature would be working to cut costs, improve government, and deal with the issues faced by Wyoming's population. The fact that they had the time to consider the implications of needing their own force projection flotilla concerns me.

Everyone knows you need three aircraft carriers, and not just one. You have to have one in port, one on the way, and one on station. Perhaps they just want their own Lego version of an aircraft carrier.

The currency of Wyoming is, of course, a buffalo chip.