Steve Doocy Told Me We Should Move On 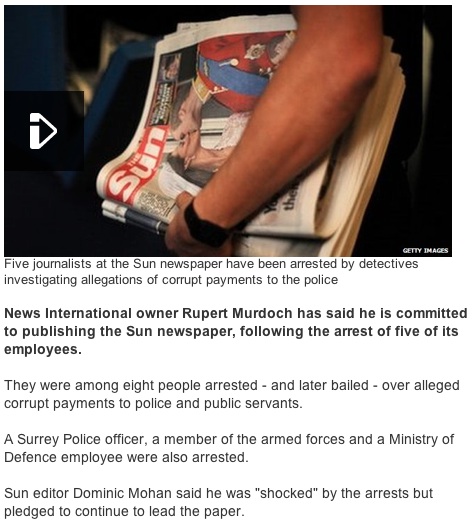 I seem to recall being told that this whole thing didn't matter.

Apparently, it does matter and I don't think we are anywhere near the end of this story. What follows is a badly-needed investigation in the United States that focuses on the role of News Corporation as an American company, breaking American laws, with regards to compromising the privacy of American citizens.

Steve Doocy probably wishes he had been a little more forceful when he said that we should all just move on and focus on all of the other companies that have been hacked into.
on February 11, 2012