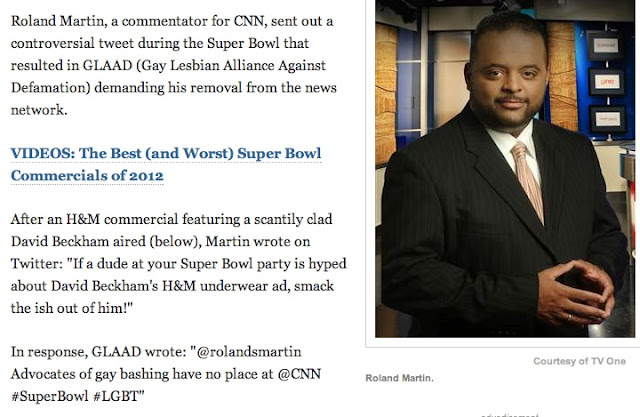 Roland Martin wrote something stupid on Twitter yesterday, and, yes, he will probably be fired if not suspended for how stupid it was.

This was the sort of thing someone writes when they want people to laugh at how funny they are. Martin didn't engage his brain before writing it, however. He should have made it about how his wife left and bought him the underwear Beckham was wearing or something like that. He should have made it about anything other than hitting a man who might be attracted to another man.

Media personalities are no smarter than anyone else. And people with large followings on Twitter aren't going to survive for very long if they make their feed "interesting." As soon as you start trying to make people laugh in the United States of America, circa 2012, you're going to offend someone and lose your job.