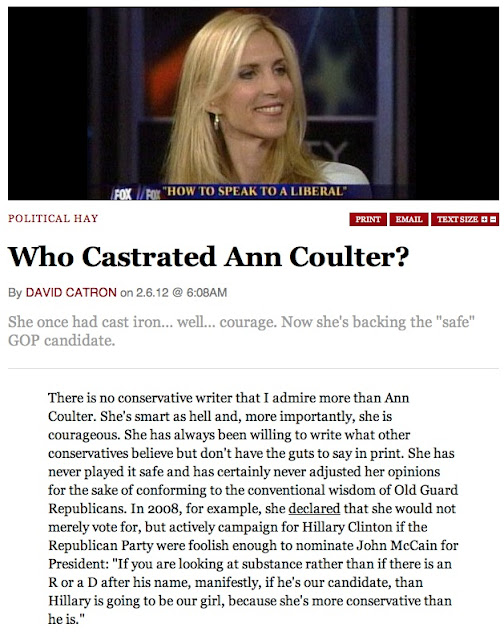 Rather than try to wade through all of the nonsense contained in this piece, I'd just like to point out that this obsession with lady parts is a standard thing when you look at what Republicans say and do. Democrats don't have this problem. Republicans have lady parts on the brain; it informs everything they do.

Here you have a conservative attacking Ann Coulter in the most sexist way possible by ascribing to her male testicles for all of the "brave" and "bold" things that she has written. And yet, he fails to note that she is merely a shill whose writings and opinions have been bought and paid for. The actual answer to his question can be found by simply asking the question, "who is funneling money or the promise of money to Coulter in exchange for her support?"

Coulter's books are not selling anymore. She's desperate for attention. Her "testicles" were not removed; her price was paid.
on February 06, 2012