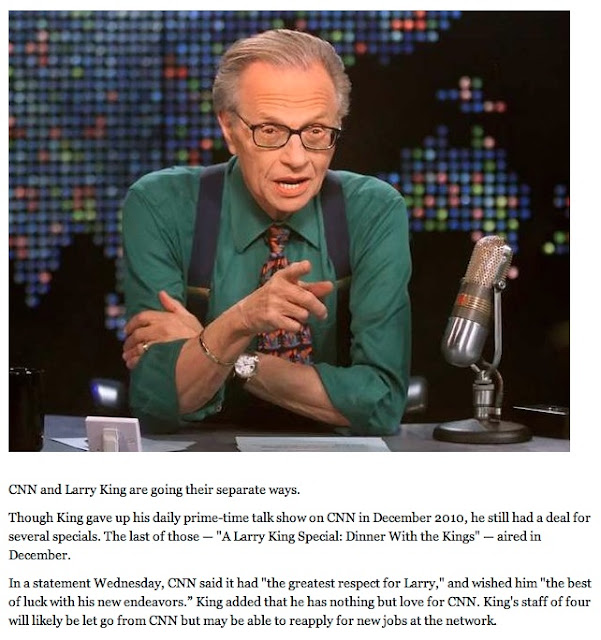 Oh, poor Larry King. No one wants him because he's old and his time has passed. How is it that CNN couldn't find a way to make him a personality emeritus and trot him out from time to time? Wouldn't that have been the classy thing to do?

This Piers Morgan experiment is going to go up in flames before too long. Once it is apparent how guilty he is with regards to "phone hacking" it will be impossible for CNN to continue to employ him. Then they'll wish they had found a way to keep King around.

Apparently, there are people who forget the fact that Larry King was a radio personality. As hard as it is to believe, Larry King was a huge deal on talk radio. Will he be remembered for that? Probably not, but no one in this country remembers Arthur Godfrey either.
on February 15, 2012