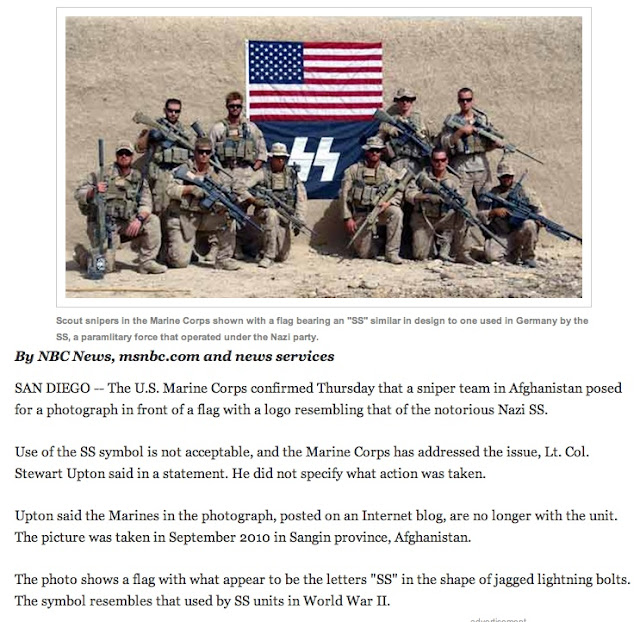 I can't for the life of me figure out how this flag came to be used in this manner. The use of the "SS" runes is pretty cut and dried. Do not ever use them. To use them is to associate with white supremacists and people of that nature. How incredibly stupid.

You may read or hear someone try to defend these Marines. The flag is not actually one that would have been used by a Waffen SS unit or any other unit in the SS. It is not authentic. But the fact that these are white runes on a blue flag is insignificant. Even though virtually all of the SS flags were white on black, with death symbols or arrows added in, the runes themselves are the unmistakable aspect of the flag seen above.

For this, there is no excuse and whoever designed that flag knew exactly what he was doing and either the Marines serving with him were duped into thinking it was harmless or they knew what it really symbolized and went along with it.

The designer of this flag has no business serving in the military and should be given a chance to defend himself. If he cannot, then throw him out. This was not an innocent mistake.
on February 09, 2012