George Romney Was a Lobbyist for Alcoa 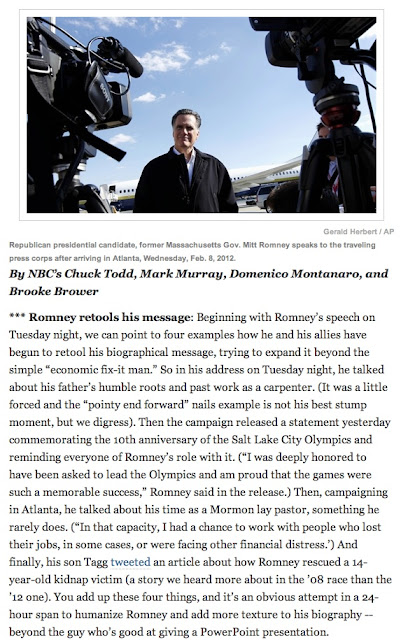 Mitt Romney is trying to cast himself as the new John Edwards and appeal to the "populist" streak of the Republican Party, which simply does not exist. No one in the Republican Party cares about the fact that, for a brief period when he was young, George Romney worked as a carpenter or a plasterer. They only care that he got rich fast selling things.

And that's what George Romney was. A salesman. He parlayed his missionary work into sales and started selling aluminum for Alcoa. And when he got good at that, he became a lobbyist for Alcoa. Then he went on to run General Motors. And so on, and so forth.

Populism is dead in America. If your daddy was a big deal, celebrate that. Don't try to pass yourself off as the coal miner's son with a meager upbringing when you have never had to worry about being unemployed or broke. Republicans love trust funds, and Romney is the king of all trust fund children.
on February 09, 2012