Don't Mess With the Sugar Industry in Florida 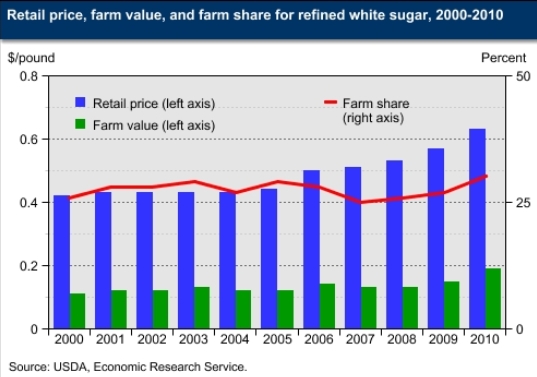 The chart that you see above shows that the Florida sugar industry is thriving; in terms of agricultural success stories, this is either a public health disaster or an example of thriving on the turbulence of the markets. Take your pick.

I mention this because it would appear that the Republican Party in Florida has decided to go after the sugar industry indirectly. Banning poor people from eating refined sugar is akin to banning beer in Munich: 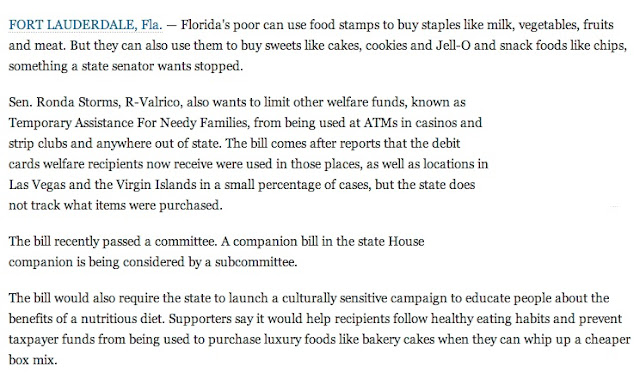 Has the sugar industry down in Florida stopped giving money to Republicans? No way this bill gets passed. No way does it survive for very long. Anything that hurts the sugar growers, either directly or indirectly, results in the targeting of anyone who votes for it. I find it hard to believe that this woman who sponsored the bill would get re-elected or survive the onslaught of the sugar industry. It just sounds like a crazy piece of legislation for the craziest state in the Union, bar non.

Granted, it achieves one of the things Republicans love to achieve--the ritual humiliation and denigration of anyone who accepts public assistance. Republicans hate poor people now, and cutting them off from sugar in the name of "nutrition" and "education" is ludicrous.

If they were really concerned about those things, they wouldn't be giving them a pittance of a benefit for buying food in the first place. Families regularly go hungry til the first of the month; how does cutting them off from sugar achieve anything? Kids can't have a treat now?

I mean, really. Does the Republican Party want to make sure that a kid can't have a cup of Jello now?