Always Good For a Tepid Laugh 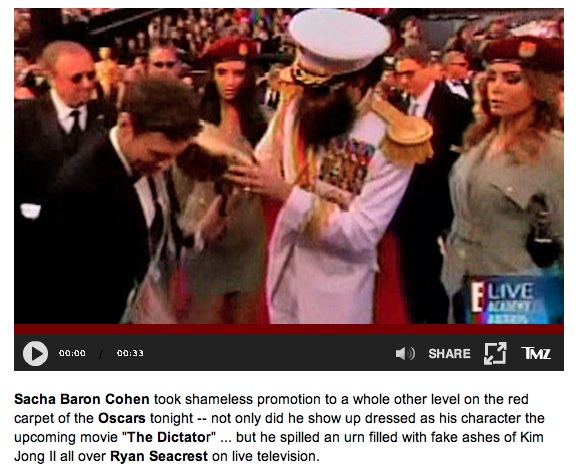 I'm sure that the Academy Awards is thrilled to know that Sacha Baron Cohen was able to flog his worthless film for a few minutes on their dime by going with a lame, easily anticipated joke.

When did mediocrity demand an airing and why are we forced to see this sort of thing over and over again? Cohen practically had a meltdown in public when they wouldn't let him pull his seen-it-coming-from-a-mile-away prank and this is the best he could come up with? Bimbos, a fake beard, and crap dumped on Ryan Seacrest?

I just can't understand why anyone tolerates this stuff anymore. This is why they give money to Adam Sandler to make movies--there's no one willing to tell the people who hand out the bucks that this stuff is over and done with.