The Plummeting Fortunes of the Palin Family Continue 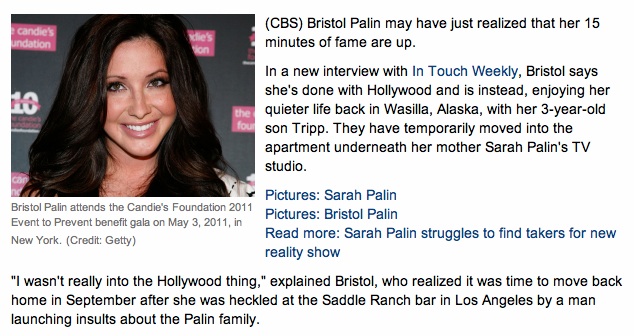 When Sarah Palin bailed on running for president, I'm sure that there was a family meeting. Yes, it is irresponsible to speculate, but I would imaging that there were arguments both for and against running for the job.

I would be willing to wager that Bristol Palin was smart enough to point out that, if Sarah didn't run, people would stop hanging on their every word with the obsessive attention paid to the likes of the Kardashians and the Lohans. I'll bet that she pointed out that they were going to be treated more like those poor teen moms or even one of those housewives on Bravo what done run off with some guitar player and such.