Step Back and Watch the Republican Party Destroy Itself 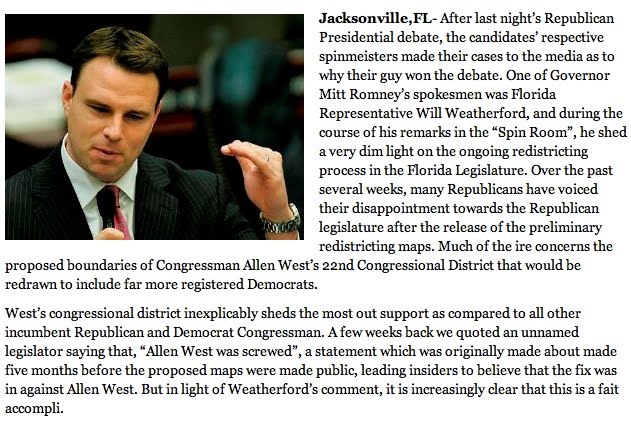 It is somewhat amusing to hear that Allen West has been redistricted out of existence (well, something akin to that, anyway). The Republican Party establishment has a problem, and that problem is represented by loose cannons like West who have their own constituency and support (and therefore don't NEED the Republican establishment).

The GOP, like the Democratic Party, wants members who toe the line. They want members who have to swallow their pride and vote in lockstep with the party in order to get their money and their access and their seat at the table.

Getting rid of Allen West makes sense. The Democratic Party has a problem with Dennis Kucinich; they're simply two examples of the same issue.
on January 29, 2012