Salman Rushdie and the Threats Against Him 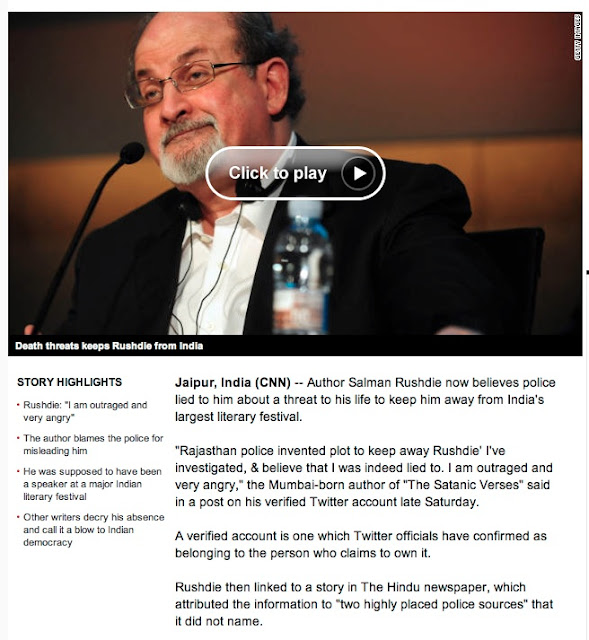 Clearly, Salman Rushdie wanted to go home and participate in this festival. I don't think he had any other motivation than that, although there are some people who might use such a thing as blaming the police for a bit of publicity.

Does Rushdie even need the publicity? Does he need to invent such a thing? Or does he simply want to go home?
on January 22, 2012