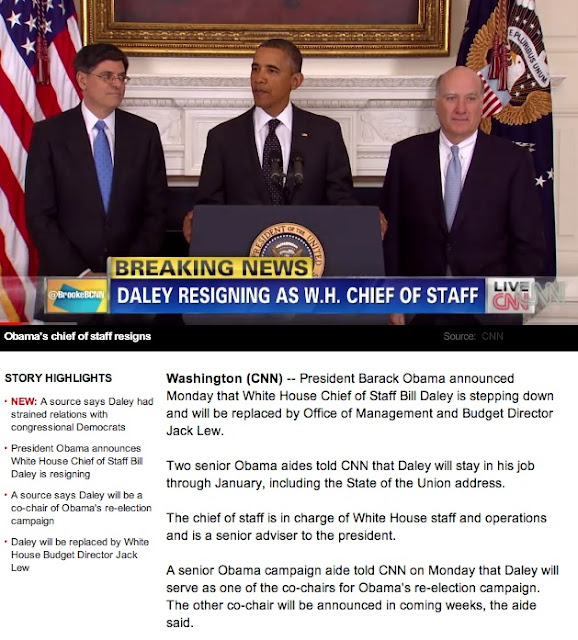 Does this mean trouble for the re-election of the President? No, I don't think that this is as severe of a problem as that.

I do believe there is a crisis of confidence which is evident in how the Obama Administration has been doing things--and, somehow, that was corrected recently. Witness the decision to recess-appoint a controversial politician. It was a win for Team Obama. Witness the new toughness when it comes to defending itself against critics. Another sign of progress. The House Republicans are the most scathingly bad bunch in the country, and people are waking up to that fact. Obstructionism is, finally, being called on the carpet.

The first three years of the Obama Administration have, largely, been two steps forward and one step back. A success? In the long run, sure. In the short run, no. But, who ever gets everything that they want?

My guess is that Bill Daley lost some of those fights over decisions that were vital for the success of the administration, and that he has won some key battles that, in turn, ended up going south. Somewhere in all of this, Daley's decisions were revealed to be lousy or simply off the mark. Getting rid of him is smart.
on January 09, 2012