Politifact Rolls Over and Goes Belly Up 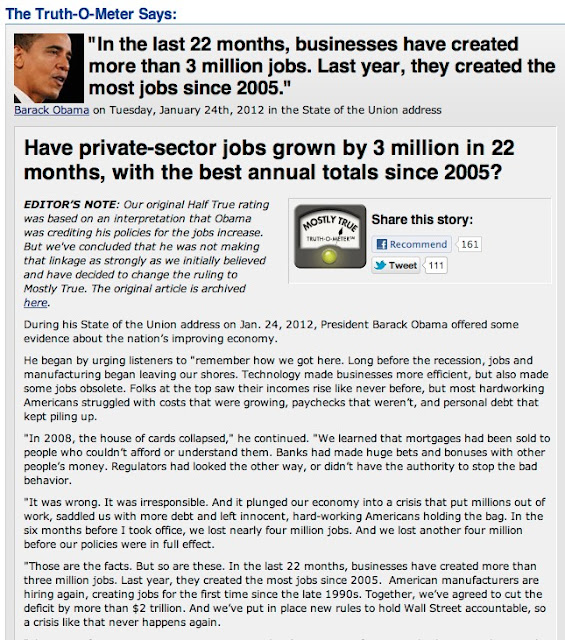 Once a wingnut shill shack gets caught trying to stink up the place with crazy ideas, it's over. Politifact is just that sort of place and I'm ashamed to have ever linked to them. The idea of presenting ratings and assessments for the statements made by politicians is an excellent one, but in the hands of hacks it becomes a joke. Politifact made itself into an irrelevant joke with this issue, and I'm done with them.

I think that the idea is a good one, but it needs a level of truth and honesty that is rare. It isn't enough to be bipartisan since being bipartisan in the modern sense means tolerating the "working the refs" efforts of a good many liars on the right and the purity trolls of the left. Where are you going to find another mega-blogger like Nate Silver? That's what an idea like this needs. It needs someone with the political acumen to spend 12 or 15 hours a day in the weeds on this issue.

Politifact tried to be like Nate Silver. Instead, we got Confederate Bob's Beauchamp Boogaloo.*