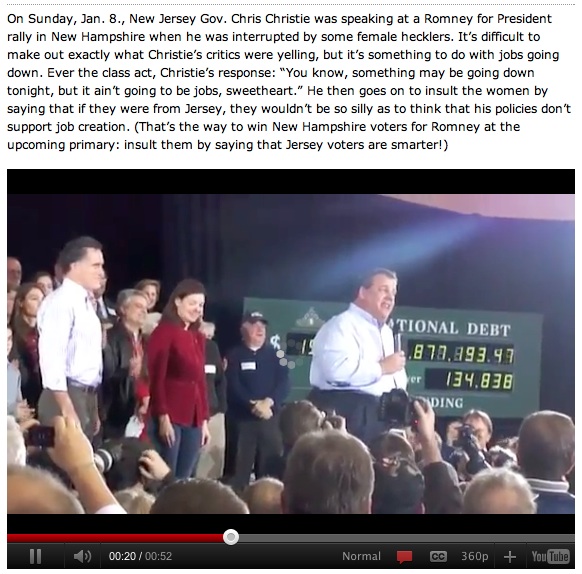 One of the things that New Jersey governor Chris Christie can do, and can do well, is speak to people and handle hecklers.

This incident sort of blows all of that up. When you're in public, speaking in front of a lot of people, the oral sex material works if you're there to entertain people with your blue comic stylings. It doesn't really work when you're supposed to be telling old white people to vote for a guy no one really cares about for President because you're too fat to run yourself.

A lot of people are overweight, and I'm not saying that body image is at a healthy state in this country, but I was shocked to see how he appears in this image. There's nothing wrong with being a big man and I don't think it is the end of the world to have a few extra pounds. But Christie is now morbidly obese and has a problem. At times, I swear I have seen him and thought that he merely looked like a big guy. He's not that way here--he's not in a good place. The most important thing here is, someone needs to get the man the help he needs.
on January 09, 2012