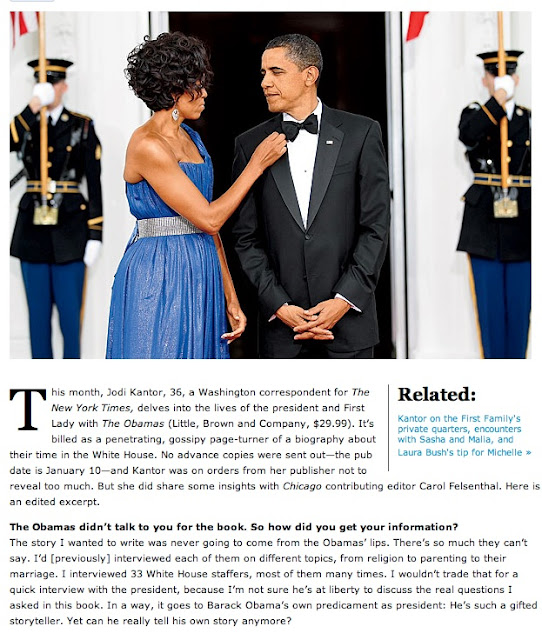 If this book amounts to anything more than secondhand fluff, I would be amazed.

It's not that I have a problem with the subject--far from it. I think the subject is ridiculous. I never cared when the stories about George and Laura Bush came out and I certainly didn't care in the 1990s. Using speculation to write about the marriage of two people who are in the public eye is like teaching brain surgery to kids with instructions derived from episodes of Jackass--it might look fun, but you don't want anyone to try to come up with their own version of what really goes on at home. But what does anyone expect from sources that probably aren't going to want their names associated with the little details they have leaked out to Jodi Kantor? Beyond what little she probably got from Eric Whitaker, does this even merit a book? Does the material in the book rate any sort of consideration given that it doesn't seem to be rising above the level of gossip?

Books like these are going to arrive on a regular basis now. They are intended to "enlighten" but what they really do is cheapen the office of the President. Do I care what goes on in someone else's marriage? No. I guess that's my failing as a citizen. Things that aren't my business don't interest me.

Does anyone really need to get inside the marriage of Barack and Michelle Obama?
on January 06, 2012