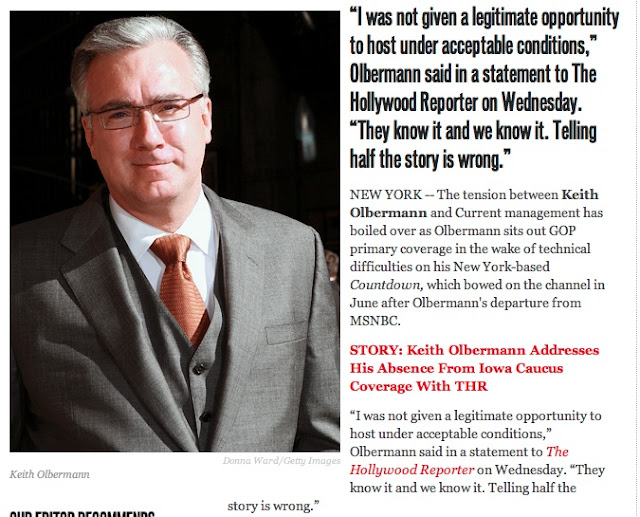 At some point, it is going to dawn on either Keith Olbermann or his employers that the only option they have left is to let him go and start his own company and be his own boss and make all of his own decisions.

As much as I admire Olbermann's abilities, he cannot sustain gainful employment with any company for very long. In the television world, his career looks fairly normal because no one lasts for very long; extended tenures are actually somewhat rare. But Olbermann is unemployable, and I don't think that those people at Current actually believed he would be blasting them like this. I think that they really believed he would be a willing partner in the ascendancy of their channel, and now they know otherwise.

This is a sad development because there are few, if any, options for people who want to have their voice heard. Olbermann was initially very much in tune with the Occupy Wall Street movement and champions causes that are left by the wayside by the traditional media. Where does he go from here? Into a bunker underneath his home, doing a puppet show while a lamp falls over?
on January 05, 2012