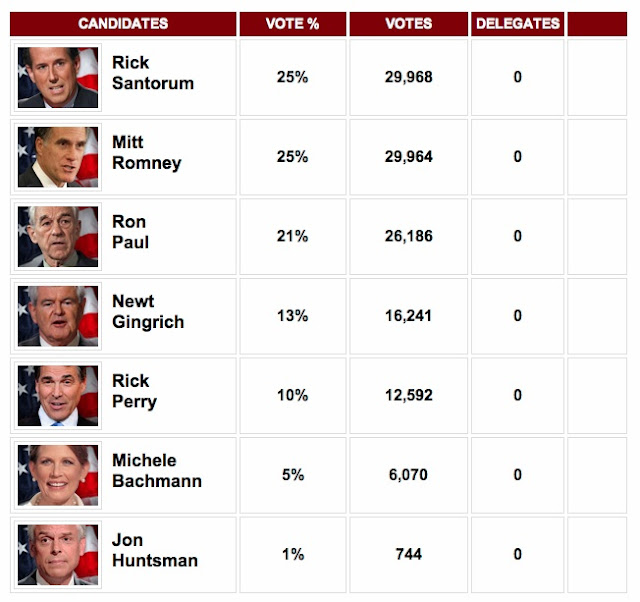 If I had to guess, I would say that the cutoff line starts after Newt Gingrich. Perry, Bachmann and Huntsman (especially Huntsman) are finished unless they can come in first or second in New Hampshire and build some momentum in South Carolina.

The big story is not the fact that there are 26,000 Iowans crazy enough to publicly support Ron Paul; the big story is the fact that Rick Santorum has no organization, no money, and no real chance of winning anything. He is this year's Mike Huckabee, in other words. And his ascendancy will be short lived. He has so many problems, it's a wonder he even bothered to get in the race. If he is the nominee, then miracles will flourish.

It remains to be seen how fractured the Republican Party can be after this. I'm envisioning a four-way split between the Santorum, Romney, Paul and Gingrich elements of the party. These four legs make quite the crazy table.
on January 04, 2012