Hatin' Immigrants Is Never Going to Go Out of Style 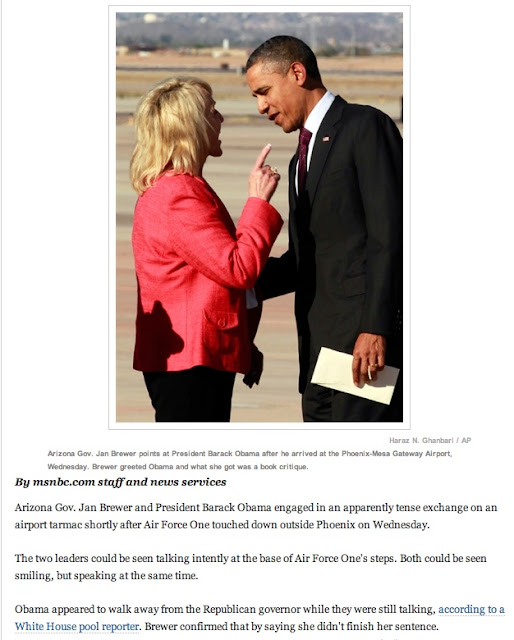 The issue here is a very simple one. The Republican Party, as personified by the likes of Governor Jan Brewer, can't survive unless it demonstrates that it hates illegal immigrants
more than anyone else. Despite the fact that hating people has never really been a great vote getter in the long run, and despite the fact that the agricultural sectors in Alabama and Georgia are taking a huge financial hit, this unhinged tactic has begun to run its course because people don't think demonizing poor people will make their lives better. And Jan Brewer can't survive unless she gets the occasional photo of herself wagging her finger under the President's nose.