Europe Has Always Been a Dirty Word in American Elections 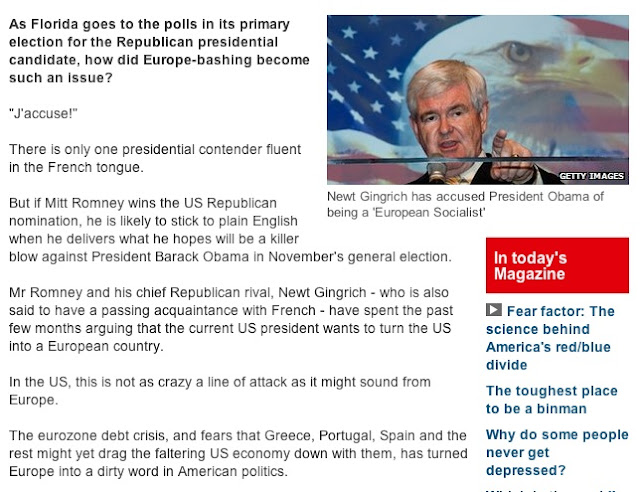 Well, there are two fallacies in this article.

The first one is easy. Europe has always been a dirty word in American elections, and was used against John Kerry in 2004. The Republicans have always tried to exploit anything "worldly" about Democrats. I can remember the lines of attack that were tried on Bill Clinton, which ran the gamut from how he acted as a college student in Britain to any travel he might have done.