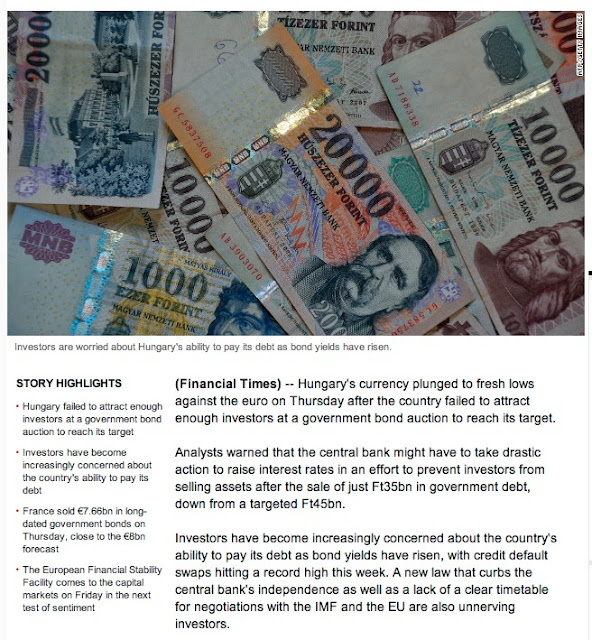 On the edges of this so-called eurozone, there are real struggles to make ends meet, and not just amongst bankers and investors and dictators and oligarchs. The daily lives of people in these countries is one of economic desperation. Hungary is just one country going through this right now.

Is it really a good thing to have countries all throughout Europe undergoing radical transformations and instability over things like credit default swaps and currency devaluations? It would seem to me that this is a game of chicken that is being played by people who have no idea what is going to happen.

The first goal of the European system should be stability and a gradual improvement in the fortunes of as many people as possible. Economic desperation leads to the wrong sorts of choices. And when the system here in Europe eliminates the possibility of political solutions and starts going down the path of mandated reforms and mandated choices, we could have a European Spring that will rival the Arab Spring.
on January 06, 2012