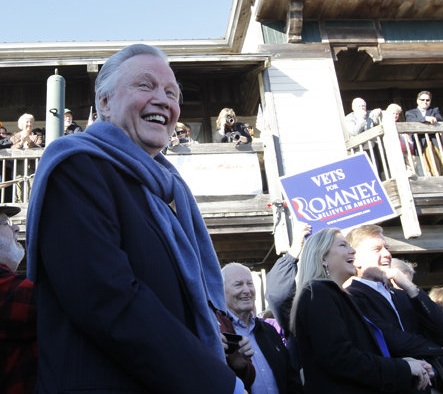 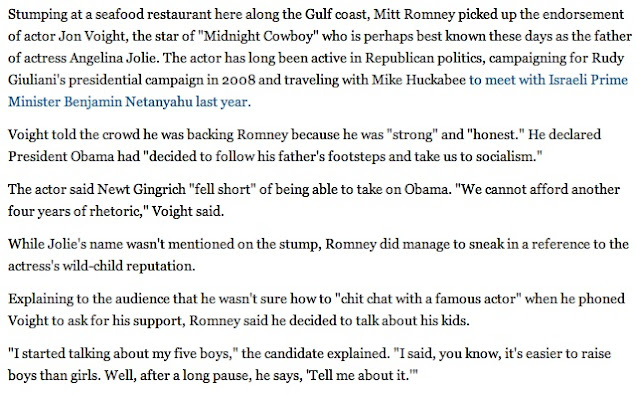 Wingnut actor Jon Voight has gone all-in for Mitt Romney, thereby solidifying his betrayal of the hard-right fans who have supported his many thoughtful and interesting op-ed pieces over the years.

His "tell me about it" quip is one worth highlighting, however. For him to suggest that he actually had an active role as a parent in the life of his daughter, actress Angelina Jolie, is hilarious. Voight's personal history is well documented. Angelina Jolie was raised in relative poverty because of his neglect.

He was yet another deadbeat daddy of the 1970s, which was a time when millions of parents basically walked away from their obligations and abandoned children left and right in this country. It took the work of family advocates and activists to establish databases that could track down these deadbeats and force them to pay child support (there's more about that here, but, please note, the laws didn't really get tough until the 1980s and are still not tough enough).

My question is, why even accept Voight's endorsement and then talk about family? How does that square with being a family values candidate and how does that contrast with Newt Gingrich in any substantive way? Why would Romney celebrate the endorsement of a man who ran out on his family obligations?
on January 30, 2012