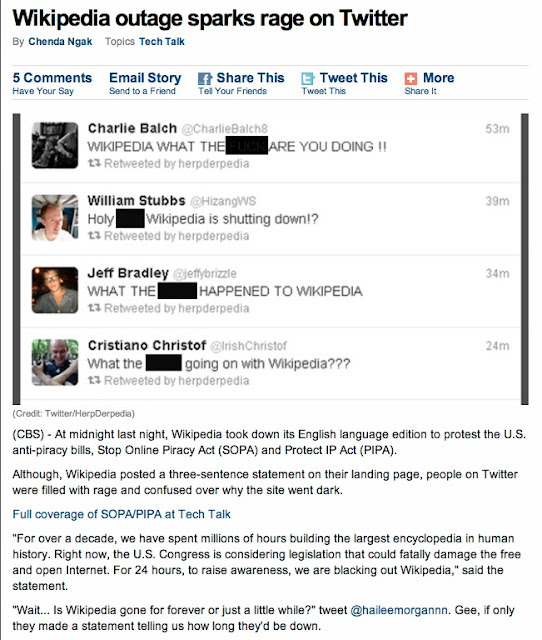 I have to admit that this was pretty funny. But, it's really only funny to me because I make my way through all of this by trying to be up on current events. I knew Wikipedia was going dark and it didn't affect me because I don't really use it or rely on it. Shut it down for a month or two and then see if the masses rebel.

These people do rely on it, and when it was taken away, they lost their shit.

Why, though? Don't they know how unreliable it is? Don't they understand that much of what they go to Wikipedia for is copied or grabbed from someone else? And that what hasn't been stolen is usually written by someone who cannot write?

The best "meme" I've seen so far centers around people on Google+ trying to help some poor school kid (who is always called "Scooter" because he's a dope) do some project for school but he can't because Wikipedia had a sad today over censorship.