Alec Baldwin Gets Thrown Off a Plane 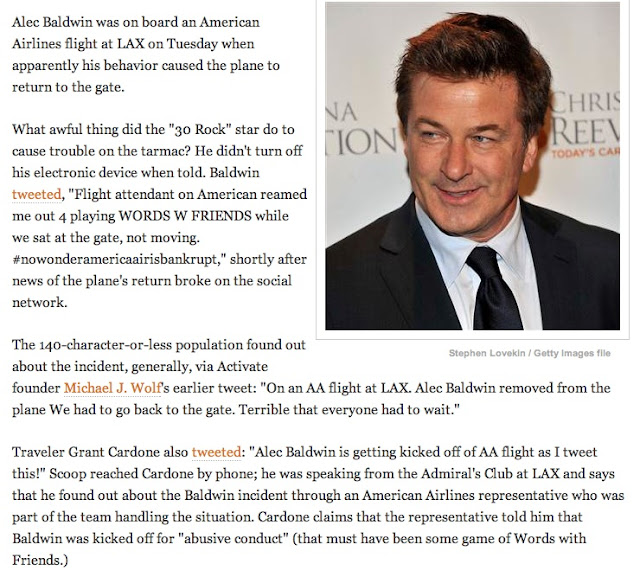 I have never understood how people get kicked off of airplanes. Just do what you're told. It's not hard.

Alec Baldwin's removal from an American Airlines flight brings yet another incident to the forefront in America's slow burning war against convenient methods of travel. It's as if people want to go back to the age of riding long distances overland in vehicles that seek out and magnify every bump along the way.

There's a ban on electronic devices for one simple reason--they CAN interfere with the equipment on board the plane. Not "will" and not "may." They CAN interfere, and just because they do not always interfere, that does not mean that they should be used whenever someone is bored. Each and every wireless device is different, and each and every plane is configured with numerous instruments. It would be impossible to sit there and say, "all right, that device only operates on these frequencies and with this much power" or "that device uses the upper bandwidth in so-and-so range so it cannot be turned on."

Just do what the nice person tells you. Really, all you're doing is flying from point A to point B. This is not the place for your last-ditch stand against the tyrants of the sky.
on December 06, 2011