Tell Me Again How Newt Gingrich is a Smart, Capable Man 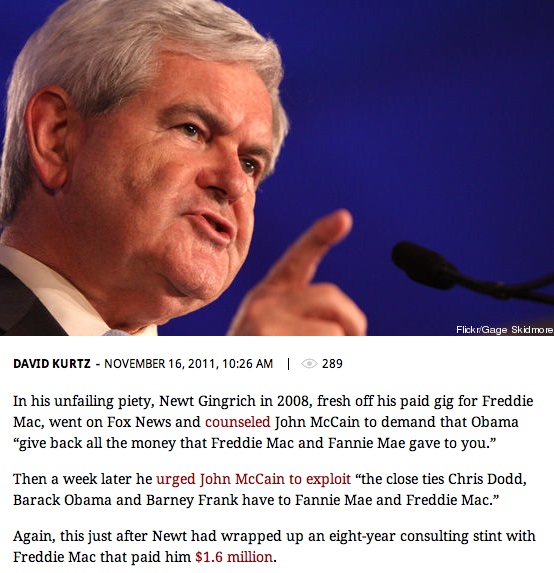 Perhaps the greatest hypocrite of the modern political era, Newt Gingrich, et al. Whatever he says about someone, bet on him having done whatever it was they supposedly did but far worse, naked, screaming through a haze of confusion and bewilderment, with a far uglier grin on his mug, with overpriced jewelry spilling out of his gob, with too much cash in his pants and a gurgling, evil laugh in his throat.

This is a man whose shame has never met his modesty because both were crushed by his massive intellect and his razor-sharp political instincts.
on November 16, 2011