Someone is Trying to Smear Mitt Romney Again 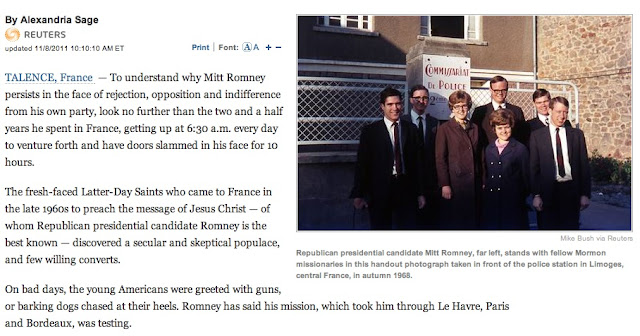 All of this smacks of a smear campaign.

Mitt Romney cannot be a Republican, right? He's lived and traveled abroad, he has granted same-sex couples marriage rights, and he's provided health care for the citizens of the state that he once governed. Why, he sounds like a radical soshalist!

The Romney campaign needs to play up his Midwestern roots. Someone needs to take him to the Upper Peninsula and film him eating hot dogs and drinking beer while his ice house sinks into the lake. He needs to be filmed hooting and hollering, shirt optional and chin smeared with peanut butter. He needs to get on a horse and ride around looking concerned about land he does not own. He needs to fight off a bear in the woods, preferably one that isn't defending the honor of a bear cub. He needs to make his own alcoholic beverages and extol the virtues of watching college football even if there aren't any games on.

Portraying him as educated, dedicated, responsible and worldly is like telling Republican primary voters to vote for Bill Clinton or something.
on November 08, 2011