No Bromance for Anatoly 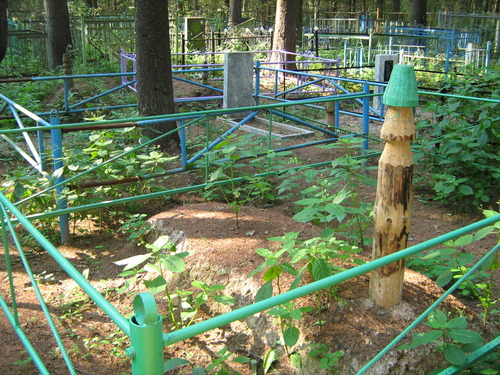 Anatoly Moskvina likely had no bromances in his life. I cannot imagine a scenario where he and his buds and bros sat around his apartment figuring out how to get the doll dress to stay on the skeletal remains.

NIZHNY NOVGOROD, Russia — Police have discovered the remains of more than two dozen women who were dug up from their graves by a man some described as a "genius," BNO News reported.

The bodies were found this week in the home of 45-year-old Anatoly Moskvina, who lives alone in the city of Nizhny Novgorod in western Russia. The discovery was made when Moskvina's parents visited him after returning from a vacation.

Russian media reported that Moskvina kept at least 26 bodies in his small, three-room apartment. They all belong to females aged between 15 and 26 who died years ago. The bodies were "dried up," Interfax reported.

So, how did the local authorities handle all of this? Well, they let him go.
Yes. They let him go. Charges, if any, are pending.
I have to go have nightmares forever now.
on November 03, 2011