Next Come the Boot Heels and Brass Knuckles 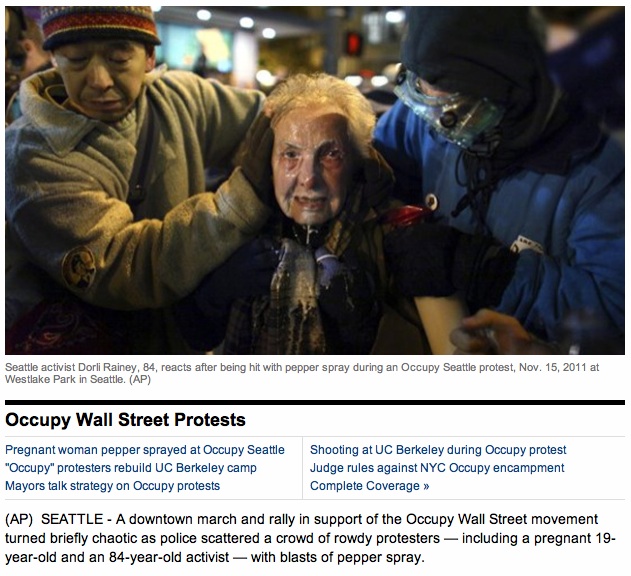 I'm sure that that 84-year-old woman had it coming, what with tough times for bankers and lean times for hedge fund managers right around the corner, but still. A smarter and savvier elite would crush these people and ensure there were no cameras around. Perhaps it really is true--the people calling the shots really are as stupid as they appear to be.

Whenever the American people stand up to the elites, there is a period of this kind of violence. It usually looks far worse and far more absurd than pepper spraying old people. We've seen some major, major abuses of police power and we will probably see a lot more head cracking and shoulder separating. In New York, they have no compunction about punching women in the face. This is the price of democracy.
on November 16, 2011